“We will safeguard our cherished landscapes, restore habitats for wildlife in order to combat biodiversity loss and adapt to climate change, all whilst creating green jobs.”
Energy White Paper Powering our Net Zero Future

These words in the Energy White Paper stand in stark contrast to the devastation inflicted if the current onshore plans for East Anglia One North (EA1N) and East Anglia Two (EA2) go ahead.

Any onshore substation and cable corridor will have an adverse impact on biodiversity but the current plans to connect EA1N and EA2 to the grid are excessively destructive, gouging 9 km inland through the Thorpeness Cliffs, Suffolk Coastal Path, the Suffolk Sandlings and an Area of Outstanding Natural Beauty to arrive at the substation site of Friston in the midst of untouched countryside.   This destruction is set to be replicated and exacerbated for Nautilus, Eurolink and Sea Link Interconnector and quite possibly Five Estuaries Offshore wind farm and SDC2, resulting in multiple expansions to the cable trenches.

There is a real and tangible risk of further destabilisation at Thorpeness Cliffs as a consequence of drilling. In addition, the fragile Coralline Crag is threatened from subsea cable work.

This degree of damage to an environmentally sensitive, diverse and legally protected landscape brimming with biodiversity, is unmitigable, unacceptable and given the availability of better industrialised or alternative brownfield sites either on the coast or using existing cable routes, indefensible.  Given that there are less environmentally harmful onshore solutions available, the onshore works, as they stand, should never have been consented. 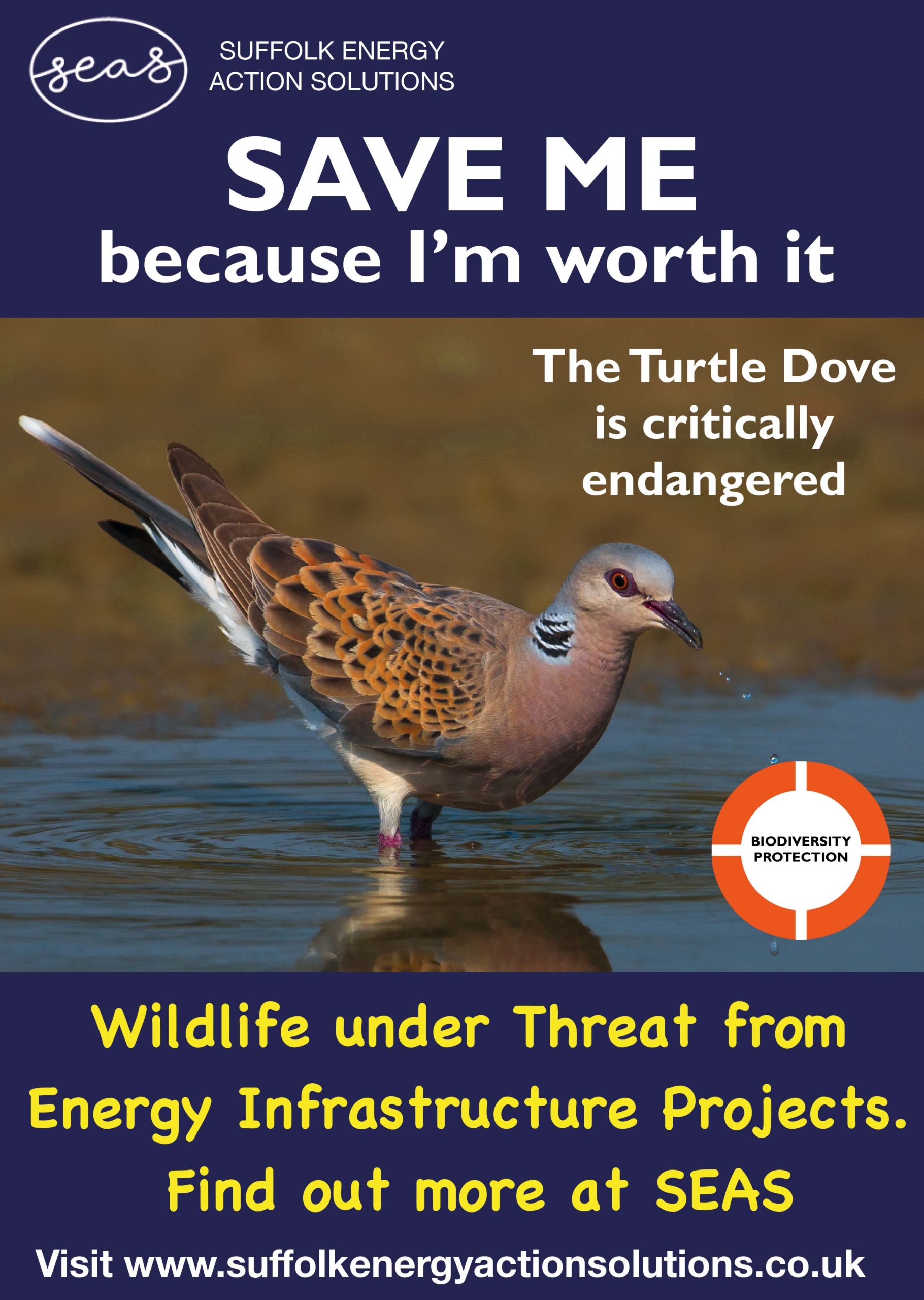 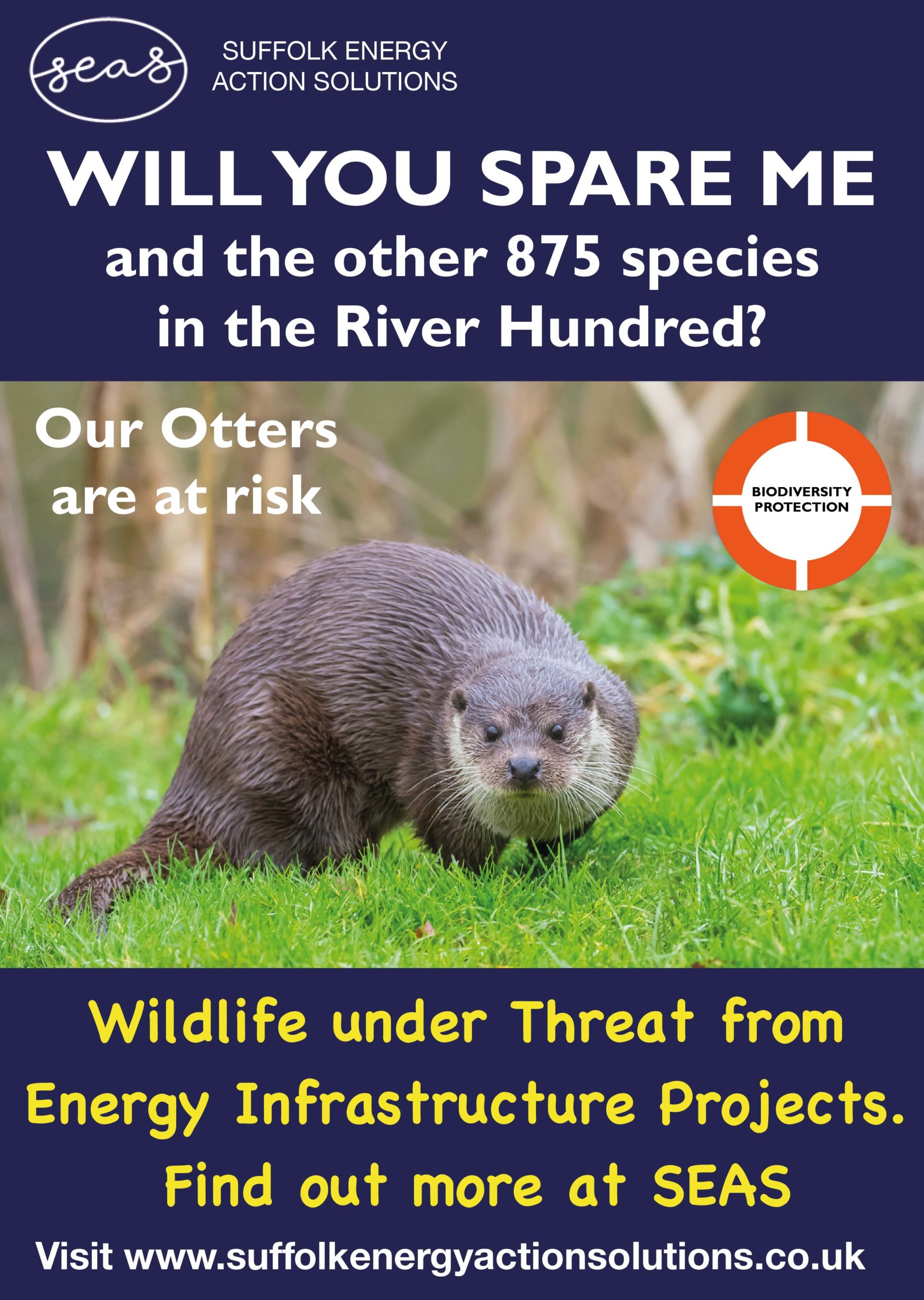 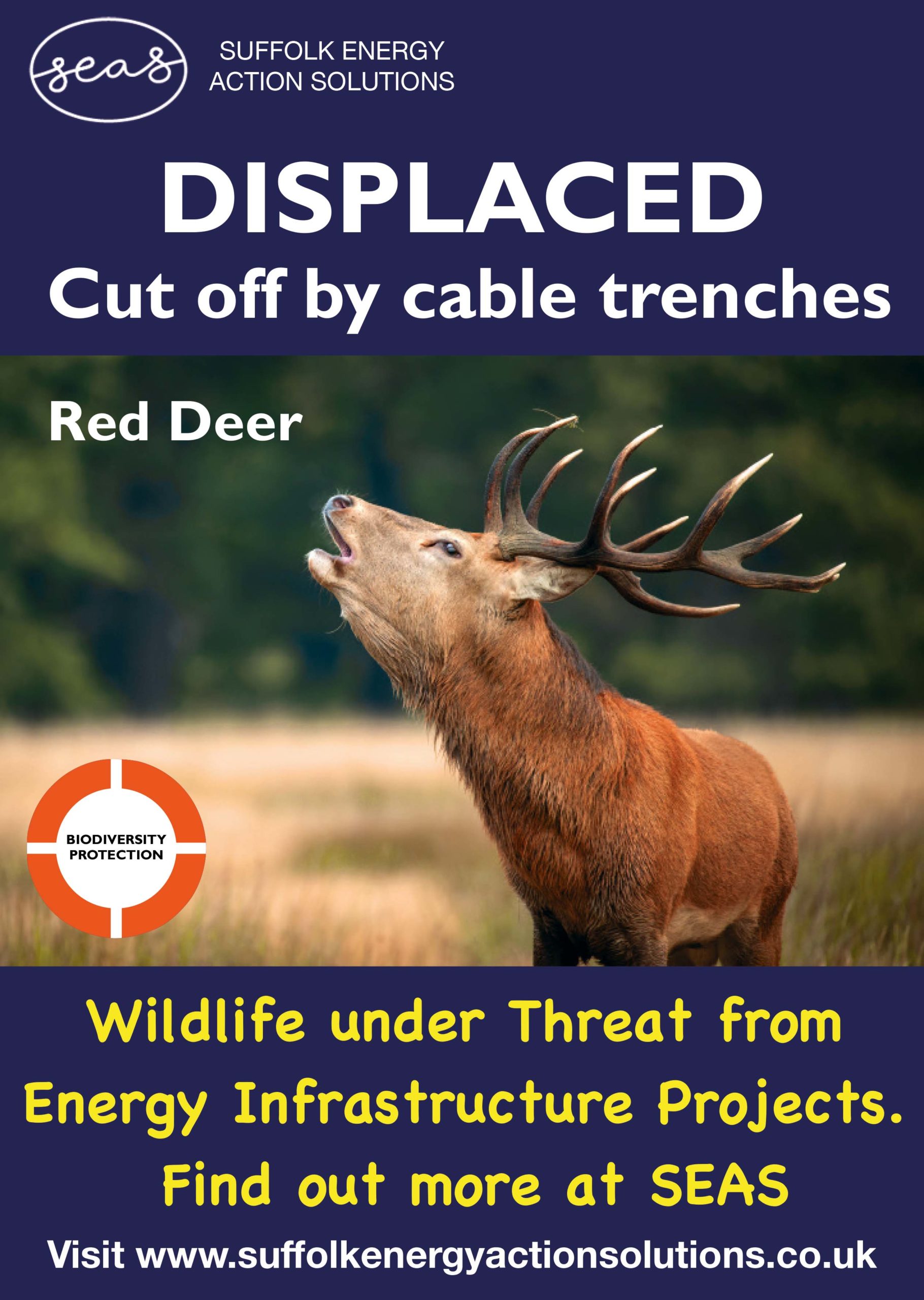 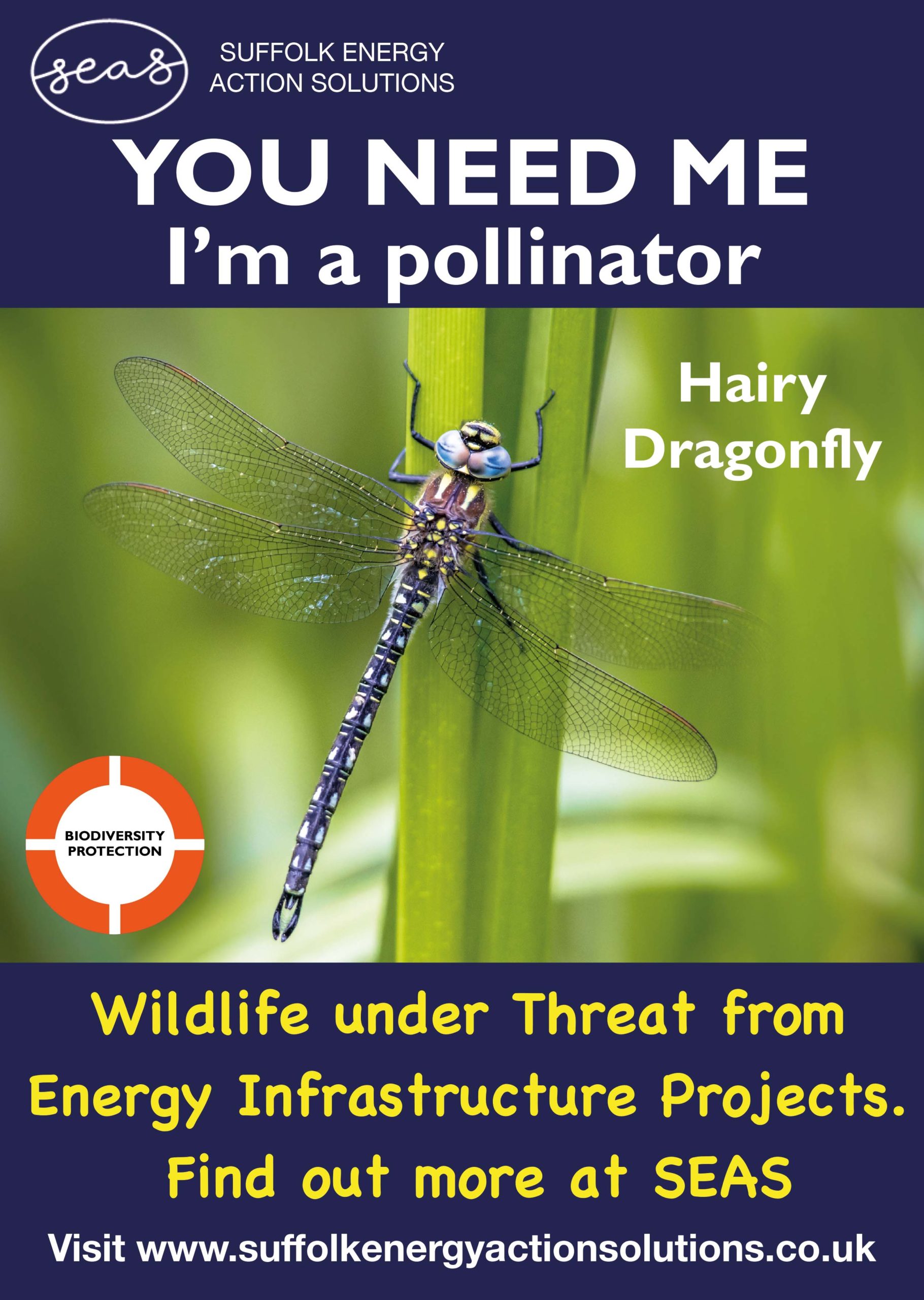 The Way Forward - A Split Decision

SEAS is calling on the Secretary of State to:

1. Take a more strategic approach to the location of all onshore infrastructure for offshore wind so that onshore energy hubs are built on brownfield sites and our unspoilt and protected landscapes are saved.

2.  To reconsider his decision on East Anglia One North and East Anglia Two and recommend a ‘split decision’ so that:

(i)  The offshore turbines are recommended for consent.
(ii) The onshore infrastructure is rejected in favour of full consideration of better locations for this infrastructure where the adverse impacts are minimised at a brownfield or industrialised site.

SEAS Further submission with regard to a 'split decision,' A ‘Split Decision’- A Positive Way Forward, 5 July 2021

SEAS Submission to the Planning Inspectorate Re: The 'Split Decision'  February 2021

The benefits of an integrated offshore transmission network far outweigh any benefit gained from continuing with a radial transmission system.

East Anglian MPs write to the Minister of State for Energy, Clean Growth and Climate Change calling for an offshore grid. 20 May 2022

The Offshore Co-ordination Phase 1 Final Report, NGESO, 16 December 2020, NGESO:  “Adopting an integrated approach for all offshore projects to be delivered from 2025 has the potential to save consumers approximately £6 billion, or 18% in capital and operating expenditure between now and 2050”. Importantly, footnote 5 states, “This means applying an integrated approach to all offshore projects that have not yet received consent”.

On 6 November 2020, in response to Mr Duncan Baker’s adjournment debate, the then Energy Minister, and now the newly appointed Secretary of State for the Department of Business Energy and Industrial Strategy (BEIS), Mr Kwarteng, made a very encouraging response and said, amongst other things:
- The offshore wind industry had evolved since 2015;
- There was a shift in the industry towards integration.
- Point to point transmission was recognised as having severe detrimental impacts onshore
- Technology was available to build an offshore integrated network
- Industry was engaged through the OTNR
- The argument for some form of offshore network has been won

In July 2020 the Department of Business Energy and Industrial Strategy announced a major Review, the Offshore Transmission Network Review to address the barriers it presents to further significant development of offshore wind, with a view to achieving net zero.

The findings of the Integrated Offshore Transmission Project (East) 2015 Report concluded that an integrated offshore solution was in the interests of the UK as a whole.

Growing chorus’ endorses multi-user transmission system, Riviera May 2020
Multi-user US offshore grid could 'save $1bn' ReNEWS.Biz,  May 2020
Report Finds $1B in Grid Upgrade Savings, Other Benefits in Planned Transmission Approach to Offshore Wind, Yahoo Finance, May 2020

SEAS Biodiversity Submissions to the Examination

Thoughts on the Suffolk Sandlings ... by a local resident

Cable trenches, over 60m wide will gouge 9km inland through the Thorpeness Cliffs, the Coastal Path, the Suffolk Sandlings and an Area of Outstanding Natural Beauty.  As multiple projects connect to the grid at Friston these trenches will be expanded, dug, and re-dug .  Indefensible given that there are less environmentally harmful solutions available.